Search for...
Home / Other Infographics / 5 Reasons Everyone Should Know at Least Two Languages Infographic
Posted on November 30, 2022

5 Reasons Everyone Should Know at Least Two Languages Infographic 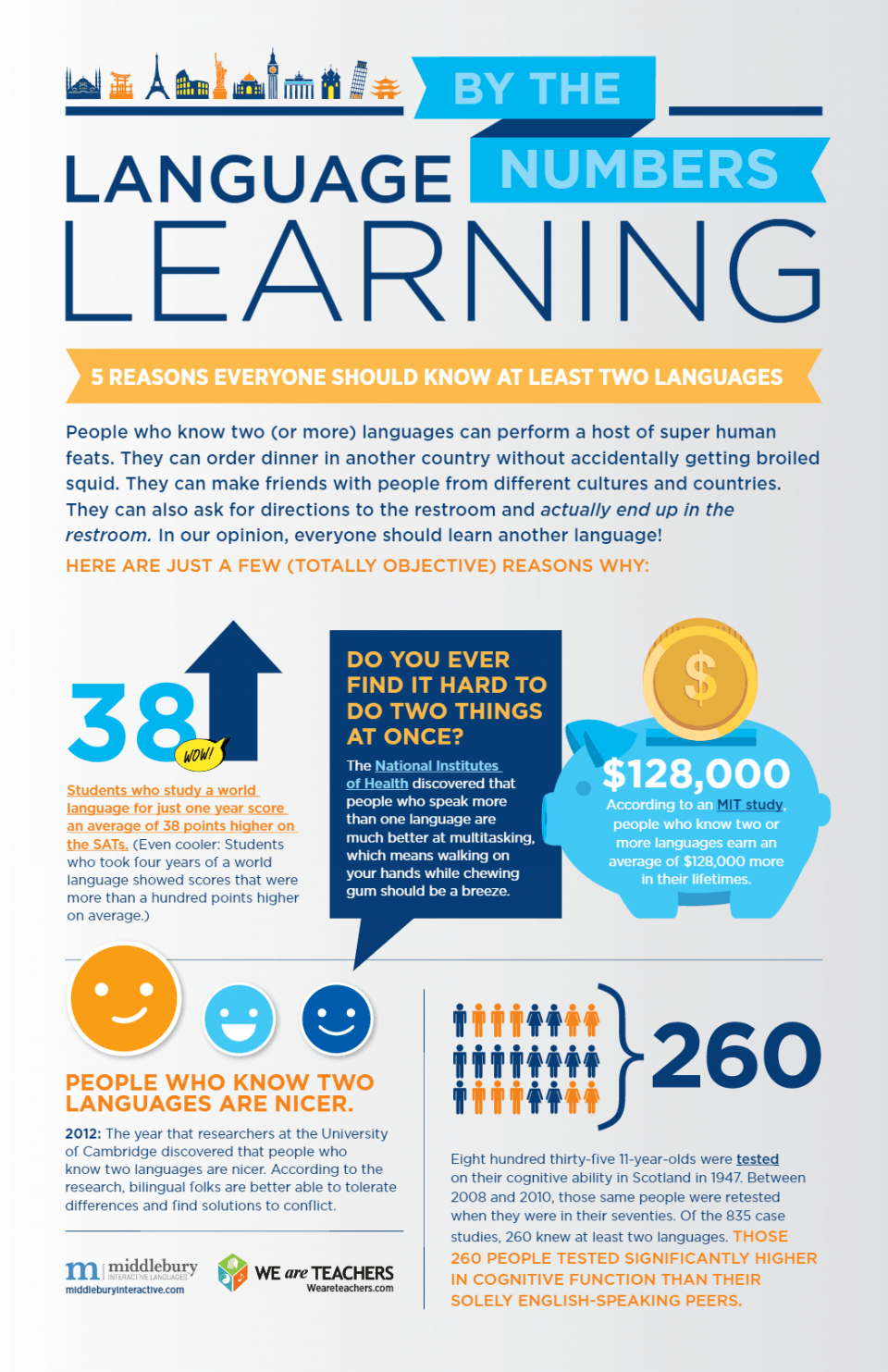 5 Reasons Everyone Should Know at Least Two Languages Infographic

People who know two (or more) languages can perform a host of super human feats. They can order dinner in another country without accidentally getting broiled squid. They can make friends with people from different cultures and countries. They can also ask for directions to the restroom and actually end up in the restroom. In our opinion, everyone should learn another language!

Here are just a few (totally objective) reasons why:

Via: https://www.middleburyinteractive.com/digital-courses/world-language-learning/school-solutions/classroom-resources/classroom-poster-5
Copy code The code has been copied to clipboard!