We use cookies in order to personalize your experience, display relevant advertising, offer social media sharing capabilities and analyze our website's performance.
Read all about it in our cookie policy.
Search for...
Home / Educational Technology Infographics / K12 Education Tech Infographic
Posted on September 7, 2021 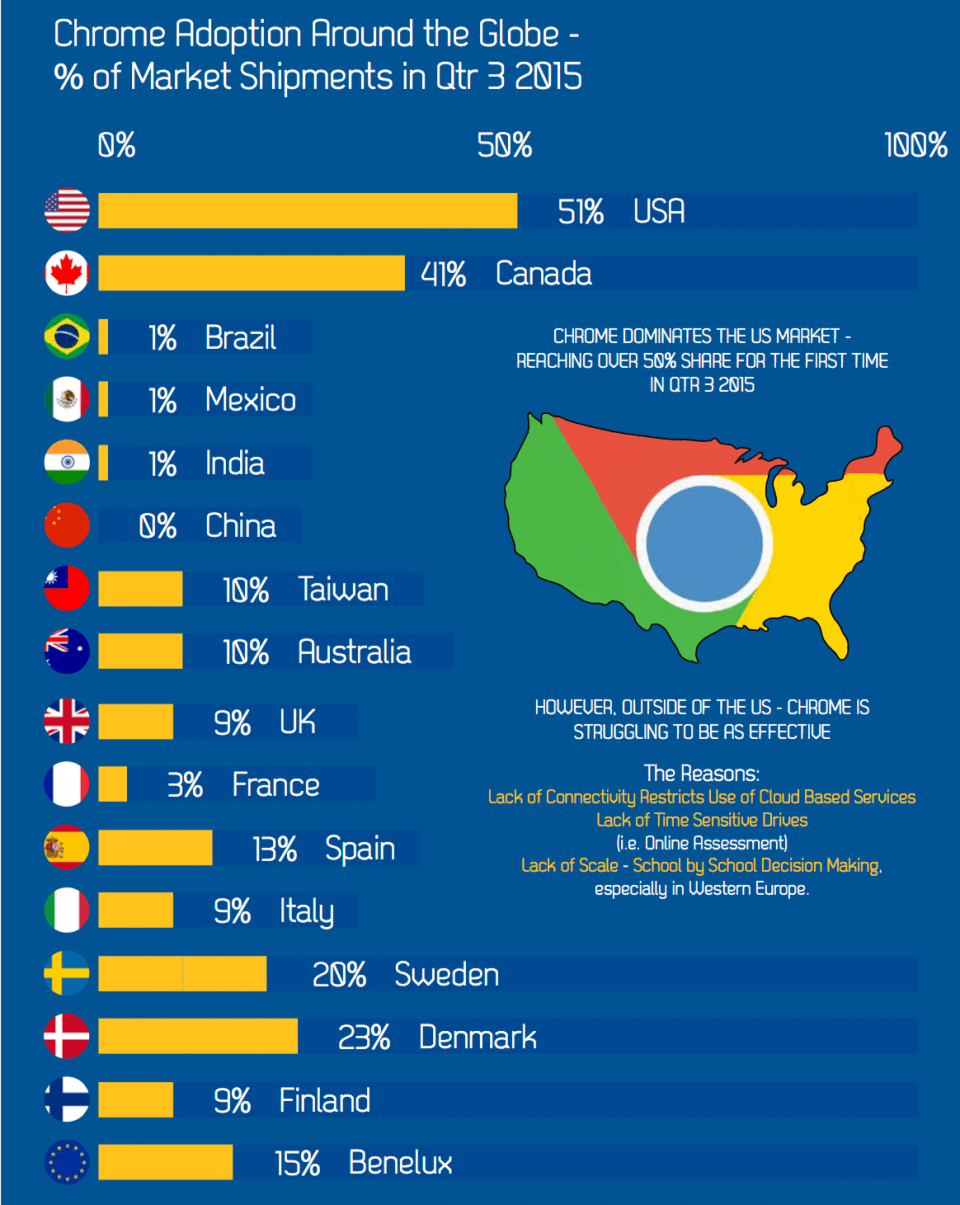 The K12 Education Tech Infographic shows that Chromebooks have accelerated past Windows and OS X laptops in US classrooms.

According to the latest Futuresource Consulting "EdTech K-12 Market Report", Microsoft and its Windows Operating System (OS) is poised to raise its game in the fight for adoption and market share in the worldwide K-12 PC/Tablet market in 2016.

The past few years has seen Google gain rapid traction in the US market with its Chrome OS (Via Chromebooks) coming at the expense of both Microsoft and Apple. Q3 saw Chromebooks reach over 50% of sales for the first time (51% of US Qtr 3 2015 K-12 sales) with 1.63 million units sold of the total market (please note, this figure refers to Q3 sales and not installed base). The rise of Chromebooks has coincided with the need for Districts to implement online assessment (and the stipulation that all devices needed keyboards). The combination of the simple to use ecosystem, attractive hardware price point and industry leading management platform has resulted in Chromebooks gaining widespread momentum in the US market.

Outside of the US market however, Chrome is growing at a much slower rate (3% share of Rest of World in Qtr 3 2015). Without the short term driving factor of a switch to online assessments (apart from a recently announced project in Finland) there has been much less overall momentum. Many countries globally, especially the major emerging markets such as Brazil, Mexico and India, do not have the connectivity required to run a cloud based infrastructure and although Chrome adoption is developing steadily in the more mature Western European markets, it's not at the same explosive growth rate as witnessed in the US.

Via: http://www.futuresource-consulting.com/2015-12-K-12-Google-Chromebooks-2983.html
Copy code The code has been copied to clipboard!