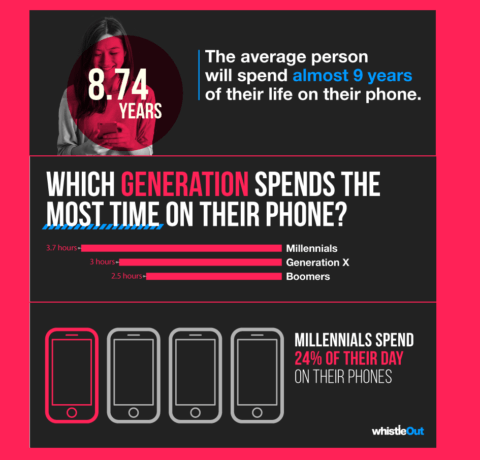 We are in the midst of the digital revolution. Thanks to modern technology, the world is connected unlike ever before. Mobile technology is the new frontier of the digital landscape and people are hopping on board. We are becoming digitally mobile. A Pew Research study followed smartphone users for 1 week and found that Americans are using them most for: Texting at 97 percent, video/voice calls at 92 percent, Internet at 89 percent, email at 88 percent and social networking at 75 percent. 74 percent of all internet users engage in social networking of some kind. It is interesting to note that in 2013, 89 percent of consumers' media time was spent with mobile media, which includes social networks, news apps, and emails.

Via: http://blog.slyng.io/2016/01/08/how-were-becoming-digitally-mobile/
Copy code The code has been copied to clipboard!