We use cookies in order to personalize your experience, display relevant advertising, offer social media sharing capabilities and analyze our website's performance.
Read all about it in our cookie policy.
Search for...
Home / Teacher Infographics / Paths to 21st-Century Success via the Common Core Infographic
Posted on February 28, 2020

Paths to 21st-Century Success via the Common Core Infographic 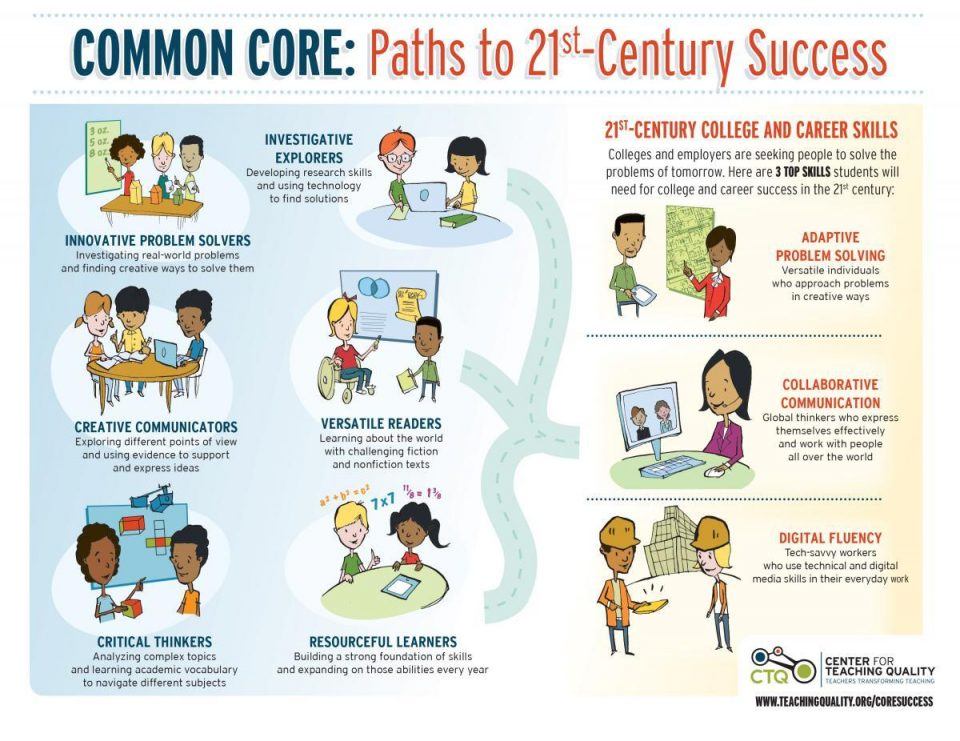 The Common Core State Standards, which have been adapted for use in numerous states, were designed for student success in the 21st century. The Paths to 21st-Century Success via the Common Core Infographic features six classroom scenes that demonstrate the key skills that lead to 21st century success. In fact it explains several 21st-century skills that teachers are helping students develop for college and career success. It also illustrates specific skills—embedded within the standards—that students are cultivating in the classroom and how students will use those skills in the future.

Teachers know: students need a wide range of skills to be successful for college and careers in the 21st century.

Employers have identified many skills that students will need to be competitive in the 21st-century workplace: including critical thinking, effective communication, information analysis, and global citizenship.

Via: http://www.teachingquality.org/coresuccess
Copy code The code has been copied to clipboard!