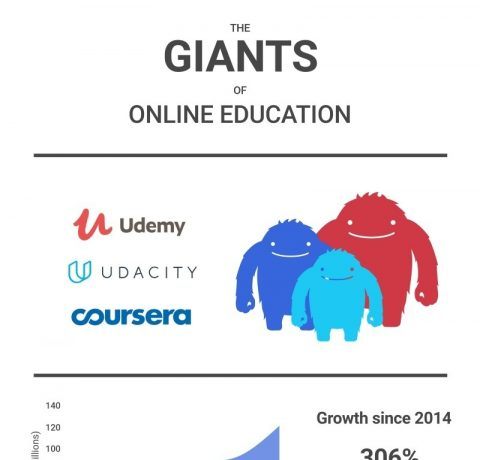 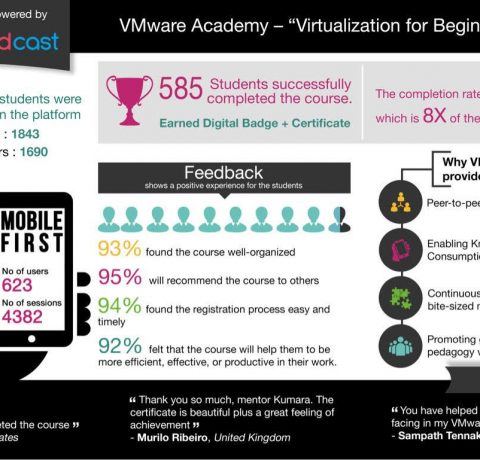 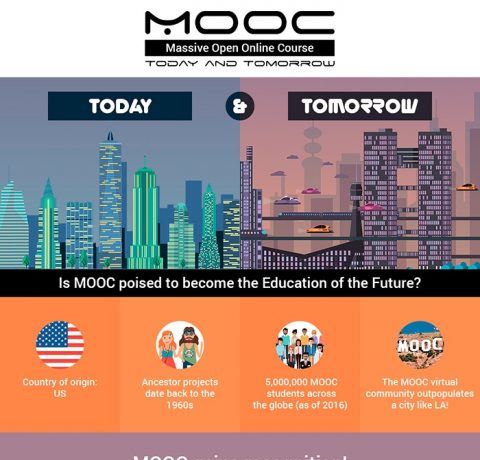 MOOC (noun) - Massive Open Online Course, a term used to describe web technologies that have enabled educators to create virtual classrooms of thousands of students. Typical MOOCs involve a series of 10-20 minute lectures with built-in quizzes, weekly auto-graded assignments, and TA/professor moderated discussion forums. Notable companies include Coursera, edX, and Udacity. The Massive Open Online Courses Infographic why are MOOCs so popular, how companies and universities serve MOOCs to the masses and what people are saying about MOOcs.

The History of Distance Learning

As technology has evolved, so has distance learning. It began with mailing books and syllabi to students, then radio lectures, then tv courses, and now online courses.

Why are MOOCS Different

Beginning with the first correspondence courses in the 1890s from Columbia University, distance learning has been an important means of making higher education available to the masses. As technology has evolved, so has distance learning; and in just the last 5 years a new form of education has arisen, Massive Open Online Courses (MOOCs). MOOCs are becoming increasingly popular all over the world and the means by which learning is measured, evaluated, and accredited has become topic of controversy in higher education.

Companies and Universities Serve MOOCs to the Masses

The modern MOOC began with an open Computer Science course at Stanford, Introduction to Artificial Intelligence, taught by Professor Sebastian Thrun in 2011. The wildly successful course, with 160,000 students in attendance, led Thrun (along with his colleagues David Stavens and Mike Sokolsky) to create Udacity in 2012, kicking off MOOC mania.

As MOOCs become increasingly popular all over the world, the means by which learning is measured, evaluated, and credited is a topic of controversy in higher education. Some courses have already been accredited and universities are beginning to accept transfer credit for completing MOOCs. These companies have quickly grown in size and hype, and their rapid growth has led to many questions around how MOOCs may shape the future of higher education.

What are people saying?

"MOOCs are just the tip of the iceberg," said John Mitchell, professor of computer science and Stanford's first vice provost for online learning. "One of the great things about online technology is we can produce one kind of material – a video, an interactive session, an experimental laboratory that is online – and use it in multiple di!erent ways. We're evolving our way of presenting educational material."

Presidents remain unpersuaded by, if not skeptical of, MOOC mania. Only 14 percent of presidents strongly agree, and another 28 percent agree, that massive open online courses have “great potential to make a positive impact” on higher education; 31 percent disagree or strongly disagree, and the rest are neutral.

The biggest concern remains how to keep the integrity of the student record. If a student is attempting to receive credit for completing a MOOC course, how does a university verify the student’s identity and that that student completed the assignments and passed the exams?
Needs: Keeping constantly informed about the issues surrounding MOOCs will help Registrars fully support the needs of their faculty and students.

Legislators are primarily concerned with remedying the problems of accessibility and affordability in public higher education. Many public institutions struggle with over-enrollment in core classes necessary for graduation and MOOCs have the potential to help students complete their degrees on time. By passing legislation to permit the teaching of core classes using MOOCs, legislators and universities stand to gain huge cost savings.

The biggest challenge will be in supporting the resource needs of their institution’s courses. The open nature of a MOOCs course necessitates using content with open copyrights.

MOOCs will provide new opportunities to help employers find and evaluate candidates. In the future, employers will be able to purchase access to student names and accomplishments and students can leverage their new skills to land better jobs.

MOOC courses have been met with resistance from tuition-paying students who want distinct experiences for the amount of money they pay.

Moving Forward, How Will Universities Change?

In the future we may see major changes, driven by the rise of MOOCs, in the way higher education institutions measure achievement, offer courses, and earn revenue.

Universities hit hard by budget cuts may offload the economic burden of lower-level courses like introductory mathematics to MOOC providers to focus efforts on upper-division courses.

The student transcript may shift from measuring achievement in Carnegie credit hours to instead recording competency-based accomplishments.

The university structure itself could dramatically shift; lower level universities might become facilitators for online courses, hiring instructors skilled in education facilitation rather than research.

The field of higher education will see massive and constant change in the near future, and MOOCs will continue to play a major role in its rapid evolution.

Via: http://studentaffairs.stanford.edu/registrar/moocs
Copy code The code has been copied to clipboard!