7 Important Facts About IoT To Enhance Your Knowledge Infographic 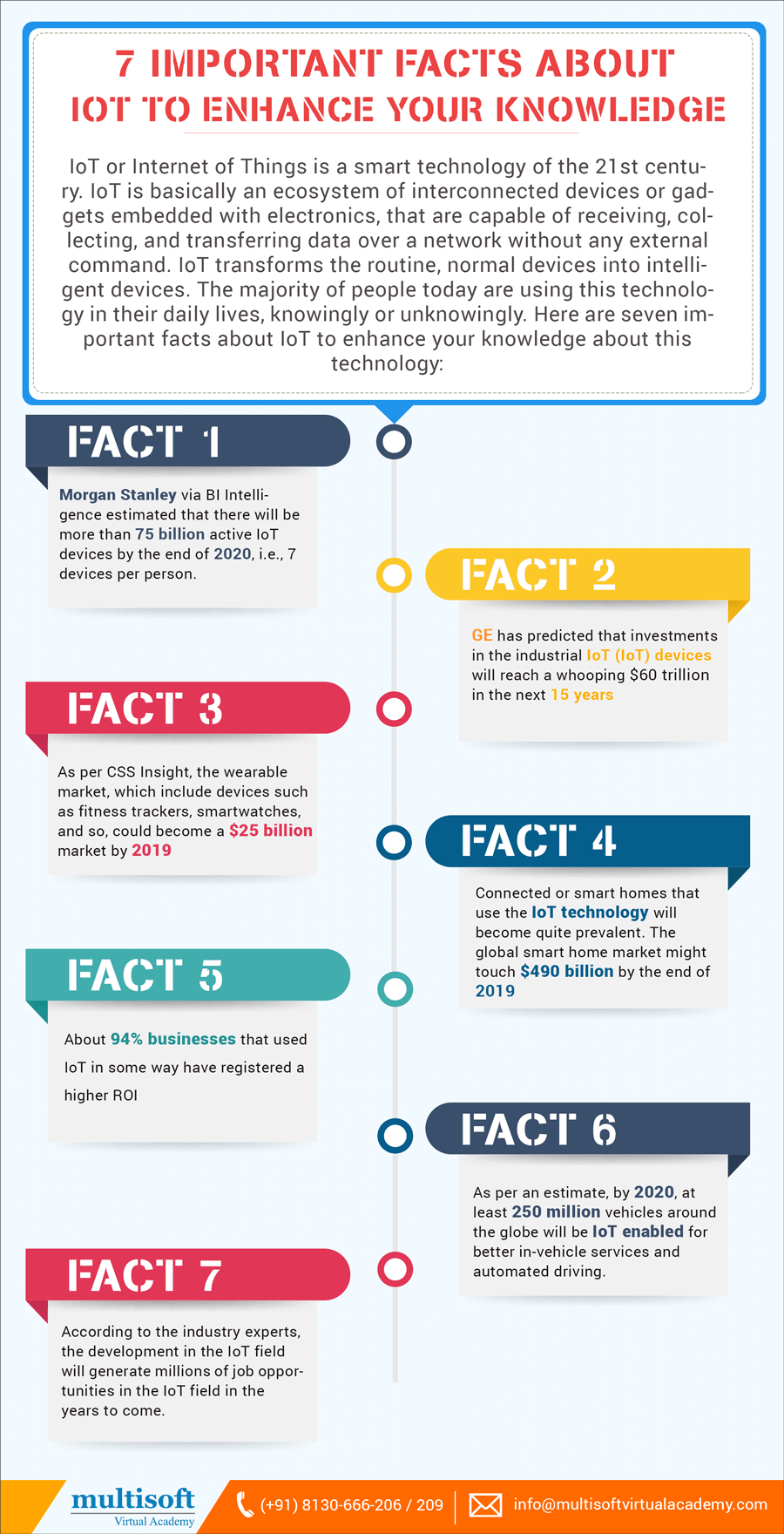 7 Important Facts About IoT To Enhance Your Knowledge Infographic

IoT or Internet of Things is a smart technology of the 21st century. IoT is basically an ecosystem of interconnected devices or gadgets embedded with electronics, that are capable of receiving, collecting, and transferring data over a network without any external command. IoT transforms the routine, normal devices into intelligent devices. The majority of people today are using this technology in their daily lives, knowingly or unknowingly.

Here are seven important facts about IoT to enhance your knowledge about this technology:

Via: http://www.multisoftvirtualacademy.com/blog/wp-content/uploads/2019/02/IoT-7-Important-Facts.png
Copy code The code has been copied to clipboard!