Search for...
Home / Other Infographics / History and Benefits of Neuro-Linguistic Programming Infographic
Posted on June 9, 2022 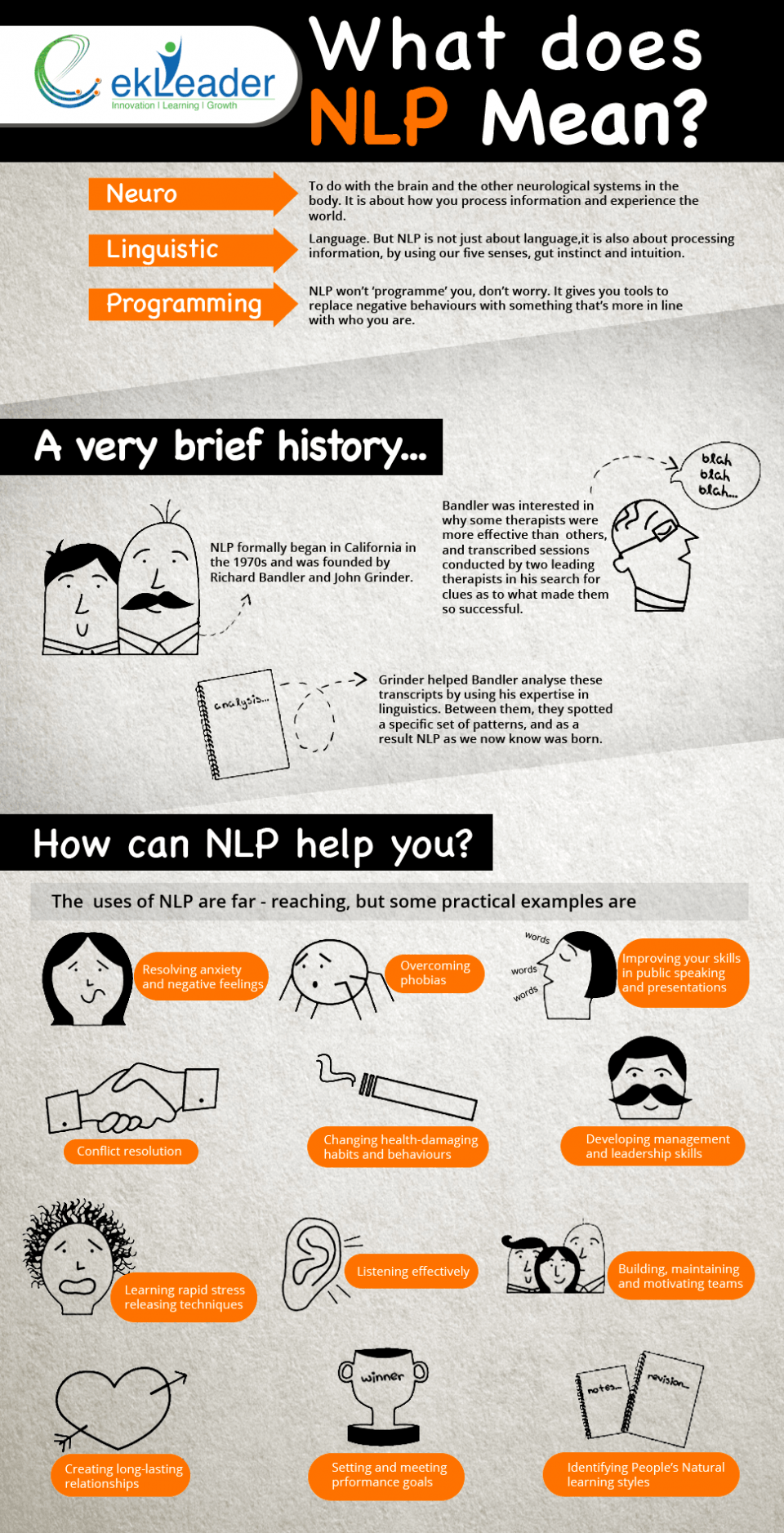 Neuro-Linguistic Programming (also known as NLP) has two main components to the change or “programming” that it tries to bring about. First is the neuro or the brain component and the second is the language component, which not only involves speech but also involves the five senses, gut instinct and intuition. The term was coined first by Dr. Richard Bandler in the 1970s. He defines it in the Oxford dictionary as - "a model of interpersonal communication chiefly concerned with the relationship between successful patterns of behaviour and the subjective experiences (esp. patterns of thought) underlying them" and "a system of alternative therapy based on this which seeks to educate people in self-awareness and effective communication, and to change their patterns of mental and emotional behavior." It is a multi-dimensional process that uses strategic thinking and understanding of the various processes that determine behavior.

NLP began in the early 1970s when an associate professor at the university of California, John Grinder teamed up with a student, Richard Bandler. Bandler and Grinder were curious as to why certain people were more successful in what they did than others. For instance, they questioned why certain therapists were more successful than the rest. Bandler then took appointments with the top three people in the industry to figure out what made them who they are and what was the common thread that connected their principles. The therapists did not obviously give them raw data about their behavior. Bandler and Grinder figured out the pattern that was inherent in these therapists by using Grinder’s expertise in linguistics. They used language-based models to analyze patterns of behavior. NLP was thus born.

In short, NLP is also about self-discovery, wisdom and vision. It makes individuals relate to the spiritual part of human experience.

Via: https://www.ekleader.com
Copy code The code has been copied to clipboard!