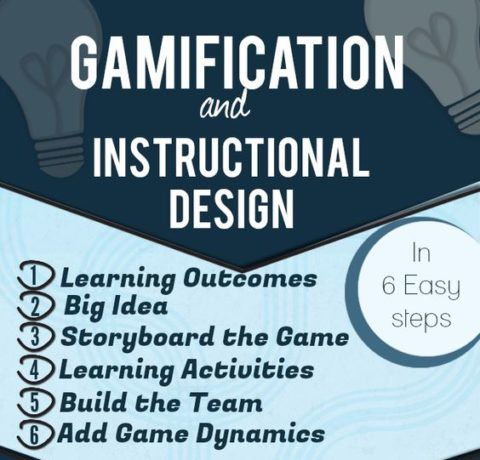 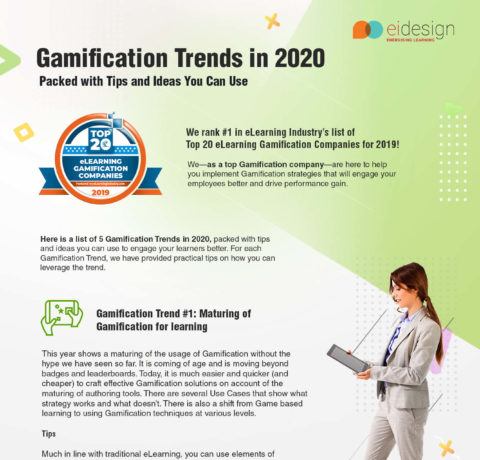 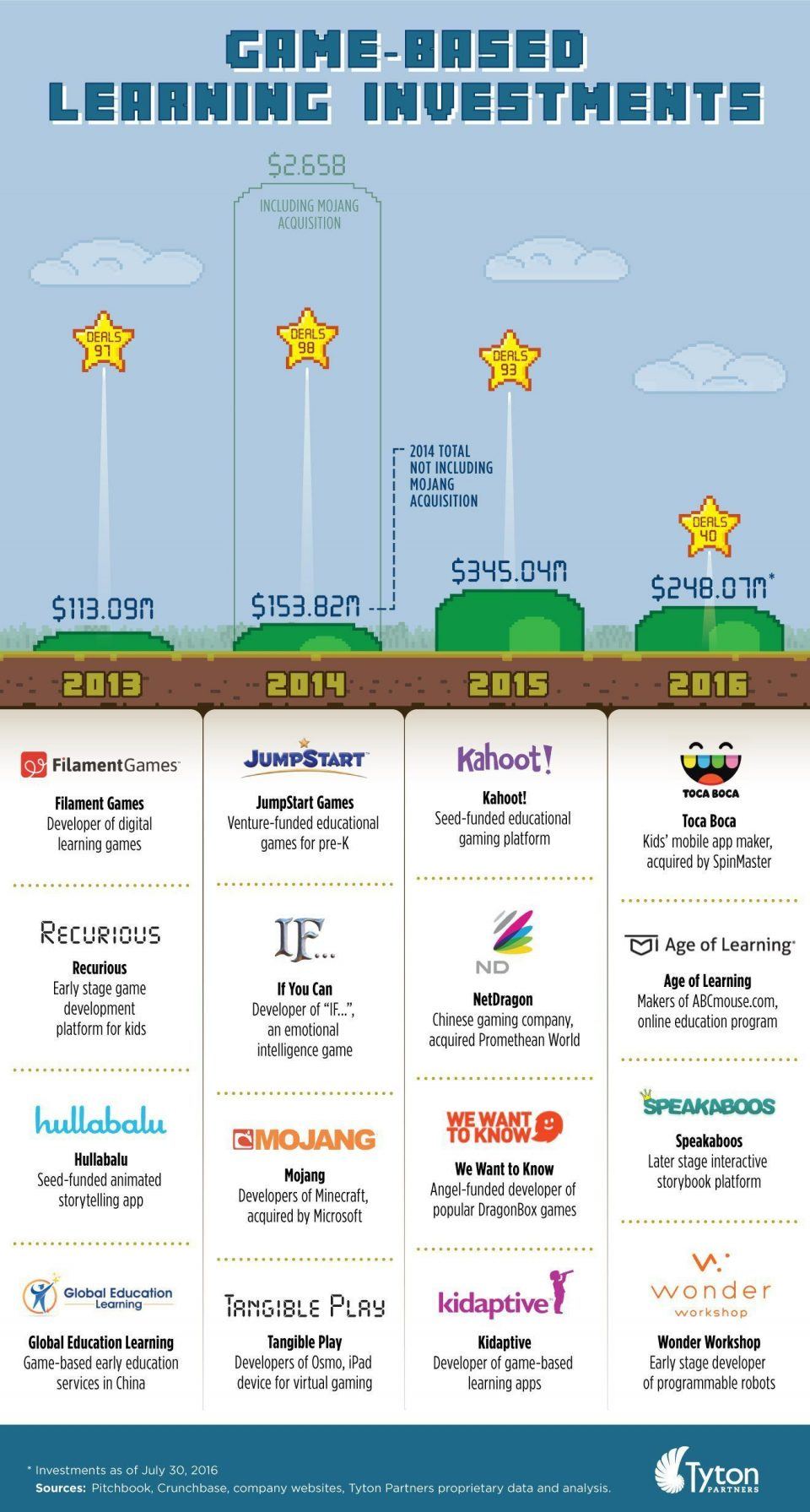 2016 is currently on pace to be the best year for game-based learning firms. A new analysis from the edtech investment firm Tyton Partners finds that 2016 investments in game-based learning firms is on pace to grow 20 percent over 2015. The research found that so far this year some 40 publicly disclosed deals have topped $248 million deals. Last year, by comparison the industry saw 93 investments or acquisitions that totaled $345 million for the entire year.

The firm published their findings in the Game-based Learning Investments Infographic that includes the major deals and the total for the past four years that have reached a whopping $3.5 billion (although before you get TOO excited remember the $2.5 billion acquisition of Minecreaft-maker Mojang is a big old hunk of that).

What Is Game-Based Learning?

In any great game, players are naturally motivated to achieve a goal by making choices and experiencing their consequences. A growing group of educators and researchers believe that games and other forms of playful digital media are poised to play a transformational role in how we learn, both at home and at school.

Companies that operate in this market may rely exclusively on games to drive learning, use gaming techniques – such as interactive characters or badges – to improve engagement in more traditional applications, or develop software that allows young people to build their own interactive media.

What Is The Potential?

More teachers are using games in the classroom, and more adults who grew up playing games are becoming parents.  Combined with increasing global sales of mobile games and a growing body of supporting research, game-based learning companies represent a promising market for investors and innovative models for traditional educational content and assessment providers.

Since 2013, more than 300 investment deals with an estimated value of $3.5 billion involved companies that rely on either gaming or game-making techniques to engage young learners.

Standouts like Microsoft’s $2.5 billion acquisition of Mojang (creator of Minecraft), Chinese gaming company NetDragon’s $52 million capital raise, and Spin Master’s recent purchase of children’s mobile app maker Toca Boca are strong indicators that investors are taking notice of the potential for this market at a time when educators are increasingly experimenting with game-based learning.

Via: http://tytonpartners.com/library/let-games-begin/
Copy code The code has been copied to clipboard!